The band Alvan & Ahez, who sing in Breton, will represent France in the grand final of the Eurovision Song Contest which takes place in Turin in May. The group came out victorious of the Eurovision France contest where they were competing with 11 other competitors.

The television programme Eurovision France was shown live on Saturday 5th March 2022 on France 2 and allowed the French audience to vote for the song and the artist that will represent them at the Eurovision Song Contest in Italy. Alvan & Ahez managed to convince the French audience and jury members who were given the role of choosing the future French winners. The Breton group finished way ahead of the rest with 222 points, second place was given to Pauline Chagne (172 points).

Alvan & Ahez is a band made up of Ahez (Sterenn Diridolloun, Sterenn Guillou and Marine Lavigne) and Alvan (Alexis Morvan-Rosius) an electro-rocker from Rennes. Alvan & Ahez sang the song Fulenn, inspired by the Breton legend of Katell-Gollet and written by Marine Lavigne.

Sterenn Guillou and Marine Lavigne are well known to the Redadeg organisers as they collaborated on the official Redadeg song in 2018! 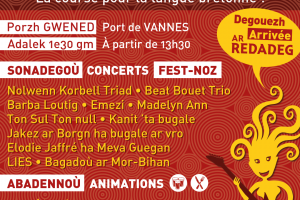 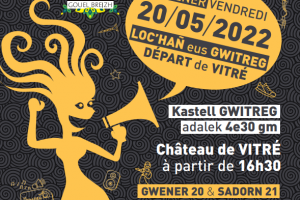 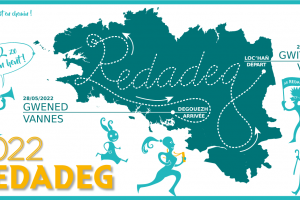