The Redadeg is a popular and festive relay race, non-competitive and open to all. Families, young and old, children, parents and grandparents run together. The idea is to carry the message in Breton across Brittany, without stopping and the big winner is the Breton language. Thousands of people across the 5 Breton departments participate in the event with infectious enthusiasm.

Each kilometer of the race is sold to individuals, organizations, businesses and associations...i.e. any private individual or corporate body wishing to contribute to the event and give their support to the Breton language. The profits are redistributed among the selected projects which promote the use of Breton in daily social and family life.

The initial success of the event has grown over time, and the race distance as well as the amount of money collected have seen a continued increase. 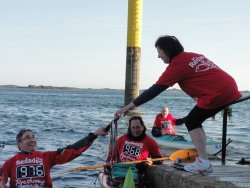 At each kilometer, the baton is passed to the next carrier wearing a t-shirt with their kilometer number on it. They run with the baton which contains a message in Breton. This message and its author are kept secret until the finish where the message is read on stage in front of the public and this then starts the celebration.

Besides purchasing kilometers, which gives you the right to carry the baton, taking part is completely open and free. Anyone can follow the baton carrier along the race, accompanying them, supporting them, and most importantly showing support of the Breton language.

Award-winning from the start

The first Redadeg immediately generated large interest from the public and won two awards in 2008:

Breton speaker of the year award organized by France 3 Bretagne Future of Breton Award discerned by the Conseil régional (county council) for it’s exemplary, innovative and useful action in favor of the language.e

A great diversity of contributors

Based on the model of the Basque Korrika

The Redadeg was inspired by the Basque Korrika relay race which exists since 1980 and now rallies hundreds of thousands of participants to cover over more than 2 000 kilometers across the North and South Basque country, during 10 days.

Since 2007, a Breton delegation has taken part. In 2013, around 50 people made the trip to carry the baton to the finish in Bayonne and show the Breton support of the Basque language, Euskara. It’s also an opportunity for our organizers to find new ideas for the Redadeg and to take inspiration from the 30 years of (successful) Basque experience ! video by the Gwagenn TV team during the event 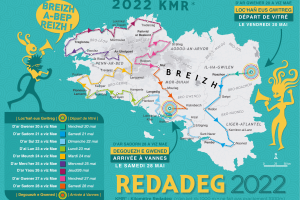 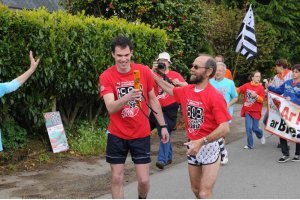 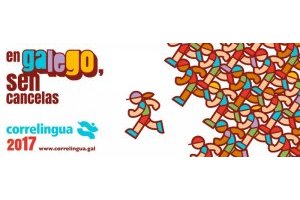